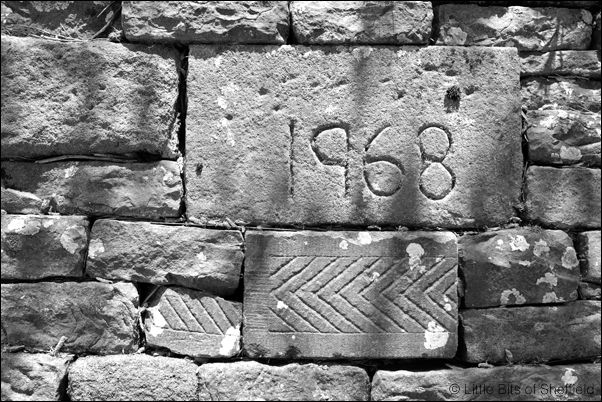 The stone carved with 1968 is one used in the wall of the lower reservoir.  The reservoir itself dates back to 1836 so the wall of the reservoir must have been repaired or improved in the 60’s or later.  The pattern of the carved stone, beneath the dated stone (and others close by), suggests the stones used in the later work may have been reused from demolished buildings.  The 1968 stone may not be connected to the date of the repairs but whatever the story I enjoyed finding the it and pondering it’s significance.

Equally curious with a date of 1963 is the video for the song by New Order which coincidentally features a reservoir!  (How is that for a tenuous link and an excuse to include a New Order song?)

Please leave your comment in the box below Cancel reply

Hot tales from a big city 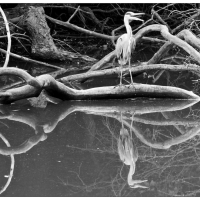 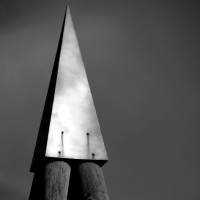 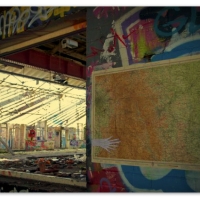 All the oldies are goodies…

Others who have enjoyed Little Bits Of Sheffield